From YIMBY, “Initial details have been revealed for a mixed-use development at 2419 N Lincoln Avenue in Lincoln Park. Located on the six-way intersection with N Halsted Street and W Fullerton Parkway, the new structure will replace a small privately-owned Julia Porter Park that was open to the public. The project comes from developer Mike Breheny who is working with local architects Studio Dwell on the masonry-clad building.

The park which offered a small fountain and short tree-lined paths for locals opened in the late 1900’s and has been a favorite for many in the dense urban area. It was named after Julia Porter who founded the first children’s hospital in the city in 1882, which partially stood on the site, and later became Lurie Children’s Hospital. In 2019 the collection of three parcels was sold to Sterling Bay before being sold again to Mike Breheny late last year according to Block Club who broke news on the project.

The new angular structure will rise five stories tall and fill out most of the site with a decorative breeze-block style corner inspired by the many brick buildings of Lincoln Park. The first floor will offer 4,200 square feet of commercial space with an attached 1,500-square-foot covered patio space, as well as 27 vehicle parking spaces. Above will be 36 residential units split into 25 percent two-bedroom, 60 percent three-bedroom, and 15 percent four-bedroom layouts, of which 20 percent will need to be affordable. 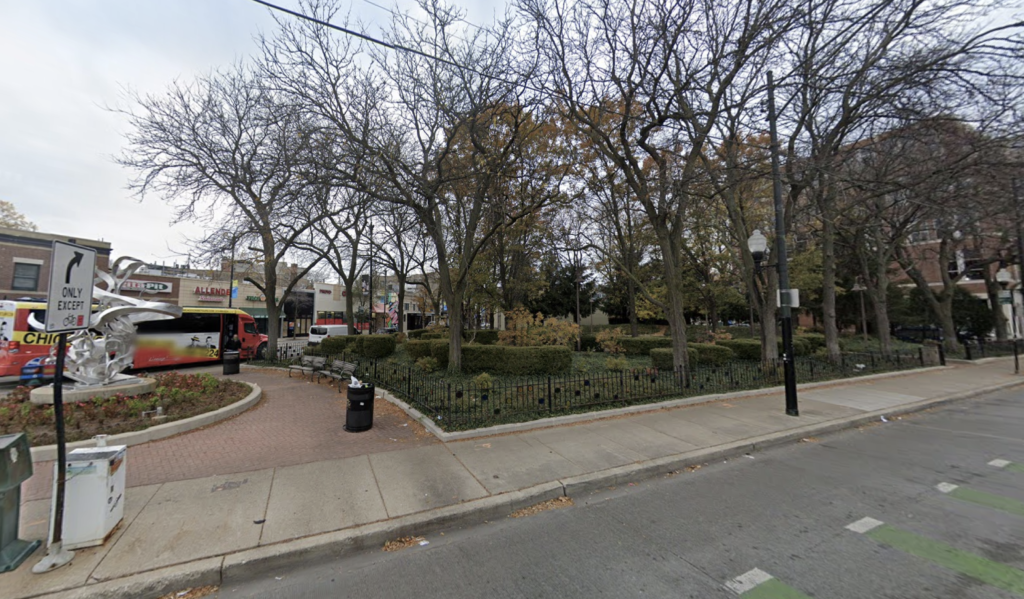 The Transit Oriented Development (TOD) will offer the reduced amount of parking due to residents having access to the CTA Red, Brown, and Purple Lines at the Fullerton stop via a five-minute walk. Bus service is available for CTA Routes 74 and 8 via a two-minute walk. At the moment a formal completion timeline has not been revealed, however the park has already been closed with construction fencing up around the property in preparation for demolition.”