Foxtrot Delivery Market, with locations in Lincoln Park, River North, West Loop and Wicker Park is coming to 3334 N. Southport Avenue, across the street from Coda Di Volpe as part of The Southport Gateway apartment building.  More information below the graphic about the Southport Gateway development. 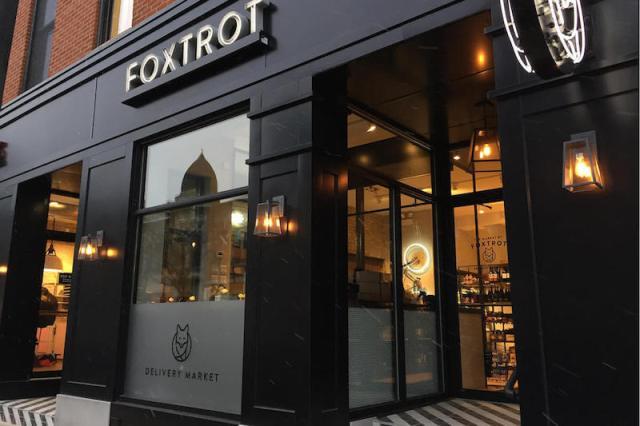 “With its luxury finishes and well-designed floor plans, Southport Gateway offers a condominium-level living experience, but with a rental lifestyle in one of the city’s best areas,” said Bentley Phillips, founder of Spaces Real Estate, the exclusive leasing firm for Southport Gateway. “The property’s boutique size will appeal to renters seeking the quiet intimacy of a small building, yet with all the conveniences of this highly walkable neighborhood right outside their door.”

Designed by Chicago-based Jonathan SPLITT Architects and developed by Harris Development & Properties with MNS, LLC, as the contractor, Southport Gateway includes two- and three-bedroom apartments measuring 918 to 1,117 square feet, with rents starting at $2,875 and $3,775, respectively.

The open-concept floor plans feature chef’s kitchens with quartz countertops, moveable islands and stainless steel appliances; floor-to-ceiling windows; hardwood floors throughout; Nest thermostats; and smartphone-enabled entry systems. Each apartment has two baths, including an en-suite in the master bedroom, and in-unit laundry.
Residents at Southport Gateway will enjoy outdoor space on the building’s rooftop deck, which has unobstructed views of the Chicago skyline, a built-in gas grill and seating area. One three-bedroom unit on the second floor has a private 12-by-15-foot deck, while five other two- and three-bedroom apartments have private balconies.
Foxtrot, a modern corner store and delivery service, has signed a lease to occupy approximately 3,200 square feet of commercial space on the ground floor, adding a convenient amenity for Southport Gateway residents as well as the surrounding neighborhood.
“The Southport Corridor neighborhood continues to evolve and has become a true destination thanks to its terrific mix of restaurants, retail and entertainment,” said Lee Harris, president of Harris Development & Properties, who built Southport Gateway on a property he has owned for more than 30 years. “Residents at Southport Gateway will have nearly anything they want or need within a radius of just two blocks, not to mention being a quick walk from the L for easy access to downtown and other neighborhoods.”
Southport Gateway is steps away from numerous local retailers along Southport Avenue and two blocks from a new Whole Foods Market and small-format Target, both on Ashland Avenue. Proximity to the CTA Brown Line and the Belmont and Addison CTA bus routes provides access to downtown, the Lake Michigan shoreline and other vibrant North Side neighborhoods.

For more information on Southport Gateway, visit thesouthportgateway.com. To schedule a showing, call or email Spaces Real Estate at (773) 698-8850 or rent@spacesre.com.