Zia announced via Facebook that their last day is October 3, 2021. The space located at 3817 N. Ashland Avenue will be replaced by a Transit Oriented Development (aka, TOD). Rumors are still swirling they may take over the former Blue Bayou space on Southport.

From YIMBY Chicago, “The Zoning Board of Appeals has approved a residential development at 3817 N Ashland Avenue in Lake View. Located along N Ashland Avenue, the site is bordered by alleyways to the south and east. Zia’s Lago Vista currently occupies the site, which is for sale by the owner. Mavrek Development is the developer behind the proposal.

Designed by 360 Design Studio, the plan calls for a five-story, 48-unit residential building. Rising 65 feet tall, the design of the building will feature a masonry and stone facade. The unit breakdown will include 31 one-bedroom units, 13 two-bedroom dwellings, and four three-bedroom homes. Ten units will be designated affordable, double the required five units. 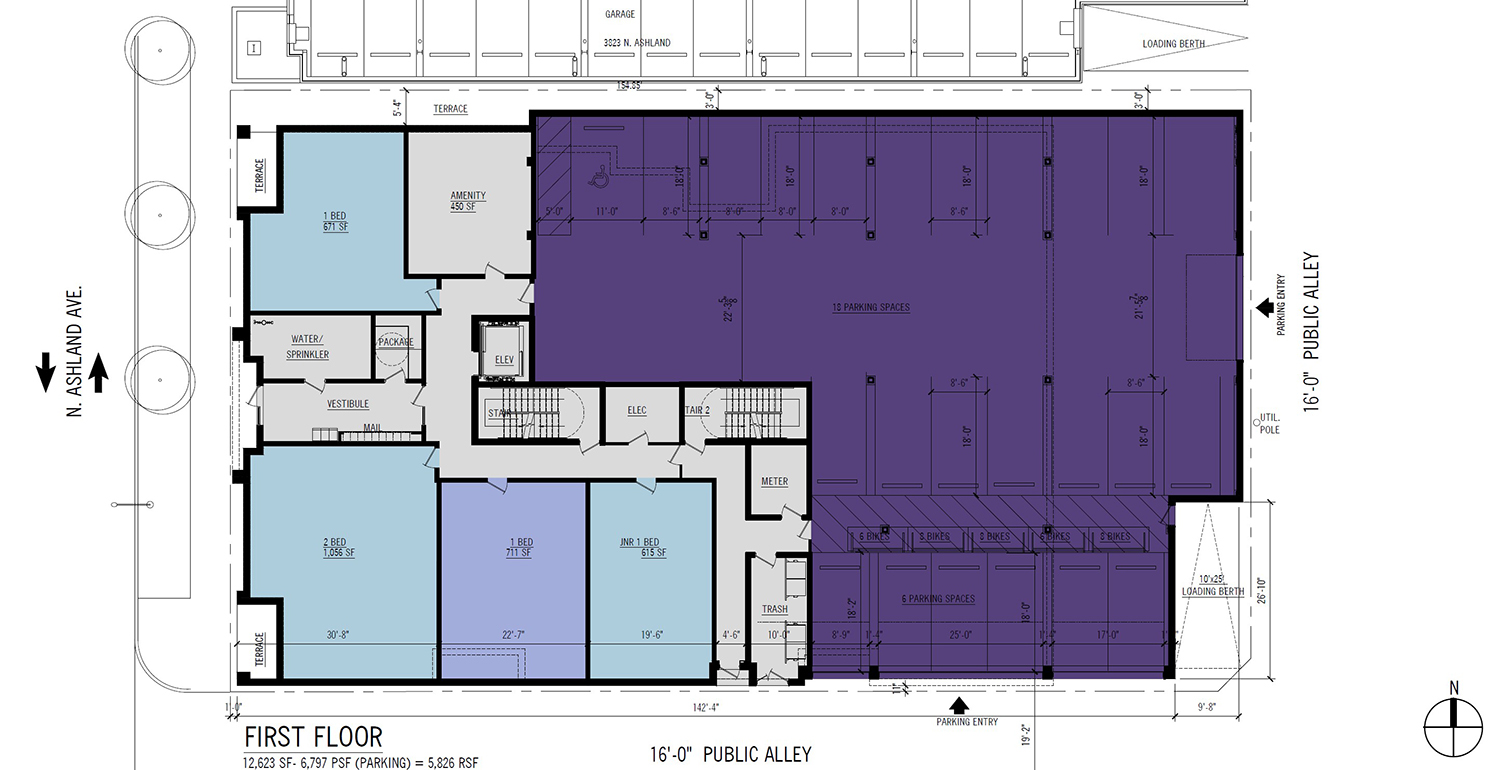 The approximately 14,000-square-foot lot is currently zoned B3-2, Community Shopping District. The developers received a rezoning that has changed the site to a B2-3, Neighborhood Mixed-Use District. This zoning change allows for residential uses on the site and on the ground floor. 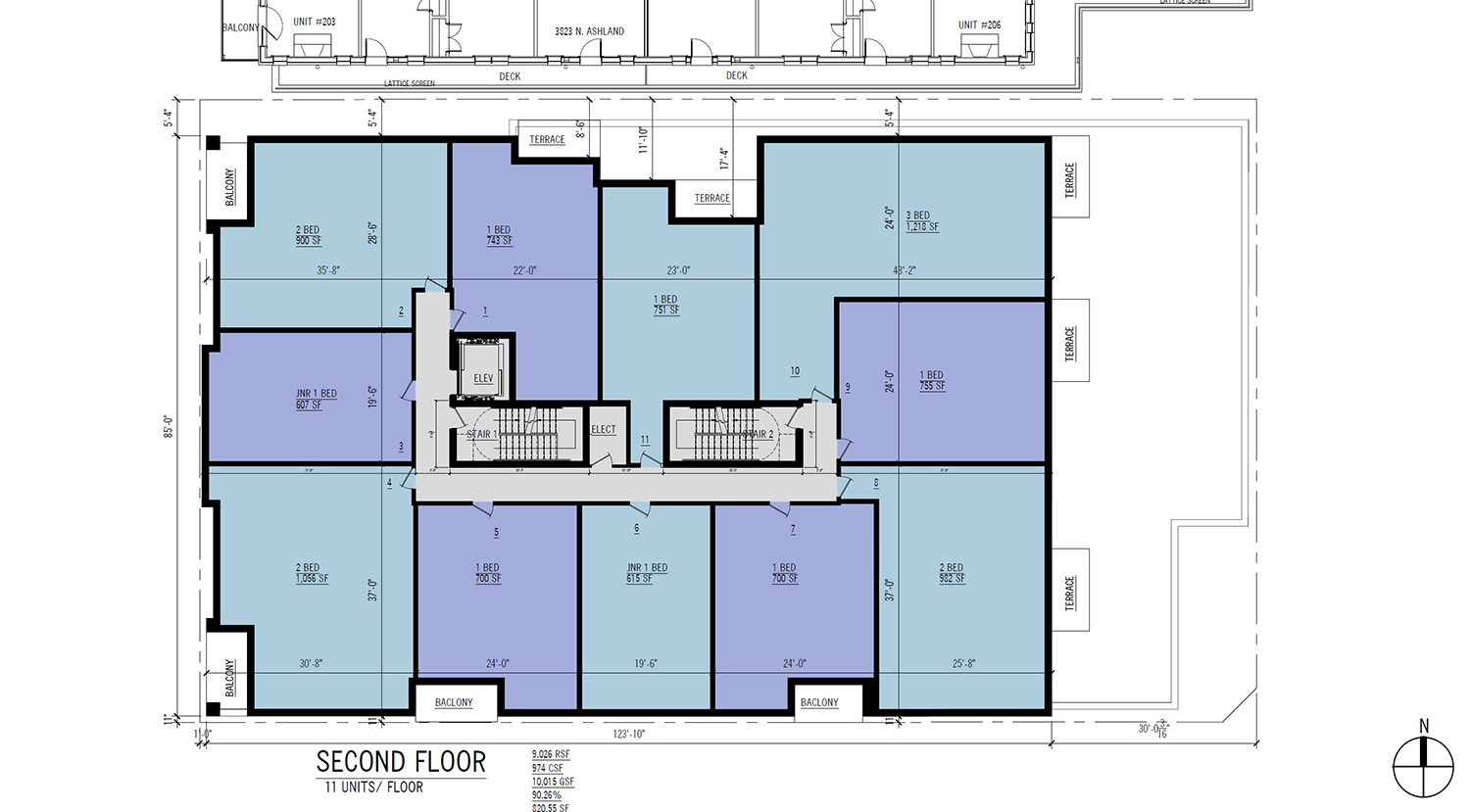 The developer requested three variances which the Zoning Board of Appeals recently approved. The first was to reduce the minimum lot area per unit from 300 square feet to 293.45 square feet, the second variation is to reduce the rear setback from the required 30 feet to 0.69 feet, and the final change is to allow a 24 percent reduction to the amount of street-facing transparent window area required from 306 square feet to 233.44 square feet. 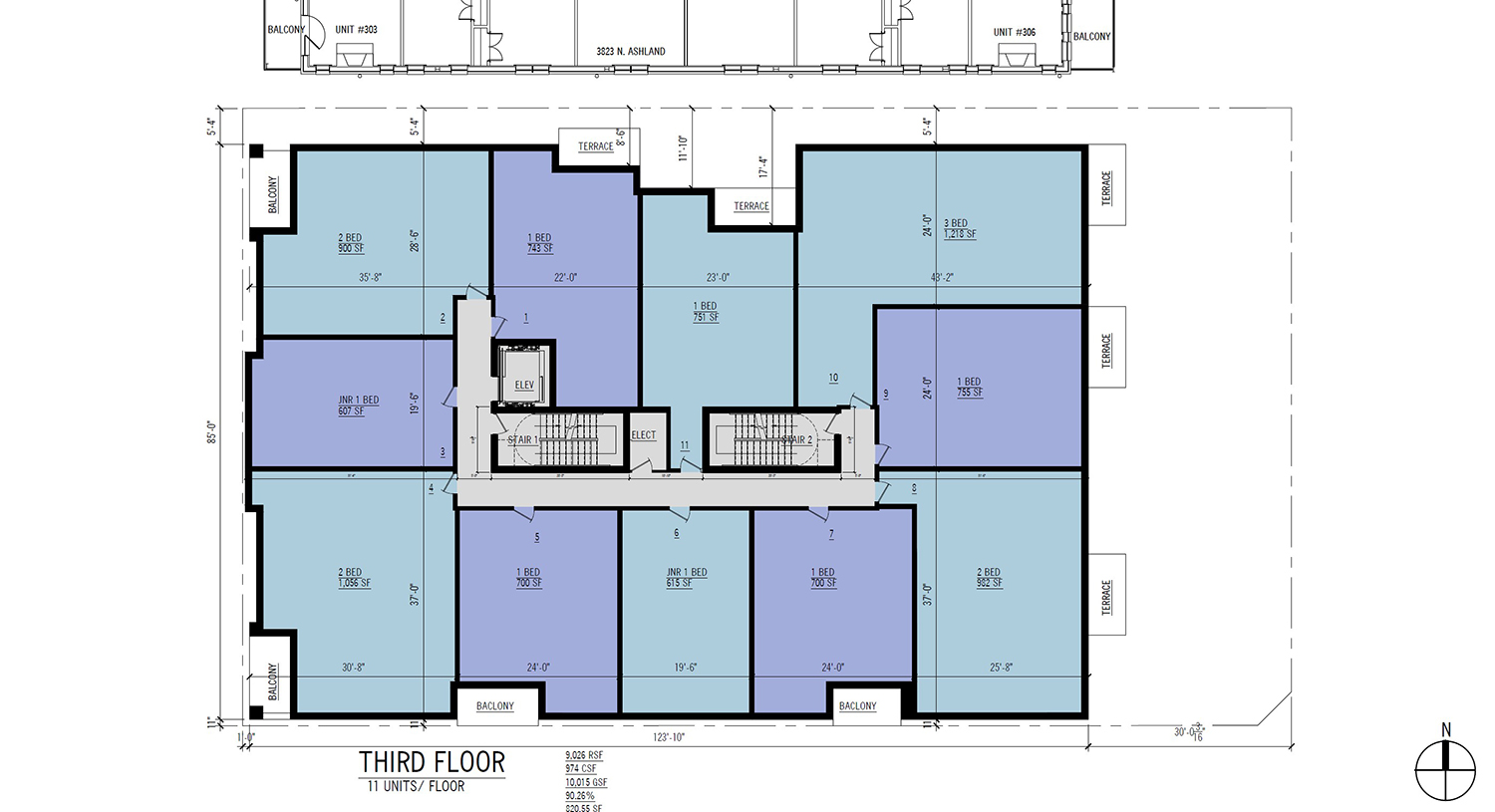 Pick up and drop off will be located right in front of the building along N Ashland Avenue. Bike parking will be more than one spot per unit, with the final number yet to be finalized. Electric vehicle charging stations are under consideration by the developer for the garage.

The development was granted approval by the Chicago City Council in May 2021, with rezoning approval occurring back in January 2021. With this final approval, the project can move forward with permitting and construction. The $14.1 million building is expected to be completed in 2022.