Lole Activewear is coming to 3434 N Southport Avenue according to Crain’s Chicago Business. 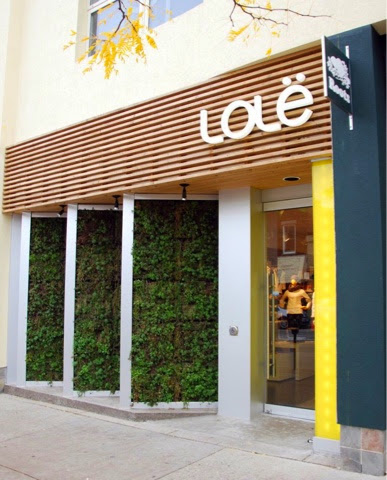 “Women’s activewear shop leases on Southport Avenue
Lole, a Canadian chain that sells women’s activewear, is opening a store in a former bank branch in Lakeview. David Zimmer, a Lole franchisee who will operate the store, has leased the 1,400-square-foot space at 3434 N. Southport Ave. for the store, a spokeswoman for Zimmer confirmed.
The Southport Avenue property is a retail condominium owned by Chicago real estate investment firm L3 Capital. An L3 executive couldn’t be reached. Zimmer is not involved in the Lole store coming to Walton Street in the Gold Coast. Luke Molloy and Danny Jacobson, senior directors in the local office of Cushman & Wakefield, represented L3 in the Southport lease, while Joseph Sauer, partner at Sierra U.S. Commercial Real Estate, represented Zimmer.”

❤️ @cafetola back open today after small fire yesterday 📷 • @cafetola - Southport is open!! Worked super late last night so we can open this morning 💜 show us what you like to get at Cafe Tola by tagging us in your pictures/videos :)
🙏📷 • @jaclynackergarland - Today was a big day on Southport. My heart reaches out to those affected. The dog van was stolen from @dogaholics WITH dogs inside (dogs found) 🥺 and there was a fire @cafetola
Pupdate ! @dogaholics pups have been found! @dogaholics is working with @chicagopolicedepartment is reuniting them with their owners ❤️
DOGAHOLICS GOT CARJACKED - PLEASE SHARE - DETAILS IN BIO! From @dogaholics: ““ATTENTION!! Our transportation van & THREE of our dogs just got carjacked from behind Southport & Addison alley. The pups are Keith, Pappy, & Stella! If you know anything at all or see our white van please DM them or call us at 773.549.9000”
Advertisements