New plans have been revealed for a Guinness brewery and taproom at 375 N Morgan Street in the West Loop.

Developed in collaboration with Guinness and local developer Fred Latsko, the Pennsylvania Railroad terminal building will be turned into the nation’s second Guinness taproom behind the company’s Baltimore location which opened in 2018. Bound by W Kinzie Street to the north, N Peoria Street to the east where the current main entrance is, and Metra tracks to the south, Guinness expressed that its industrial location and rail history made the property the right choice for them. 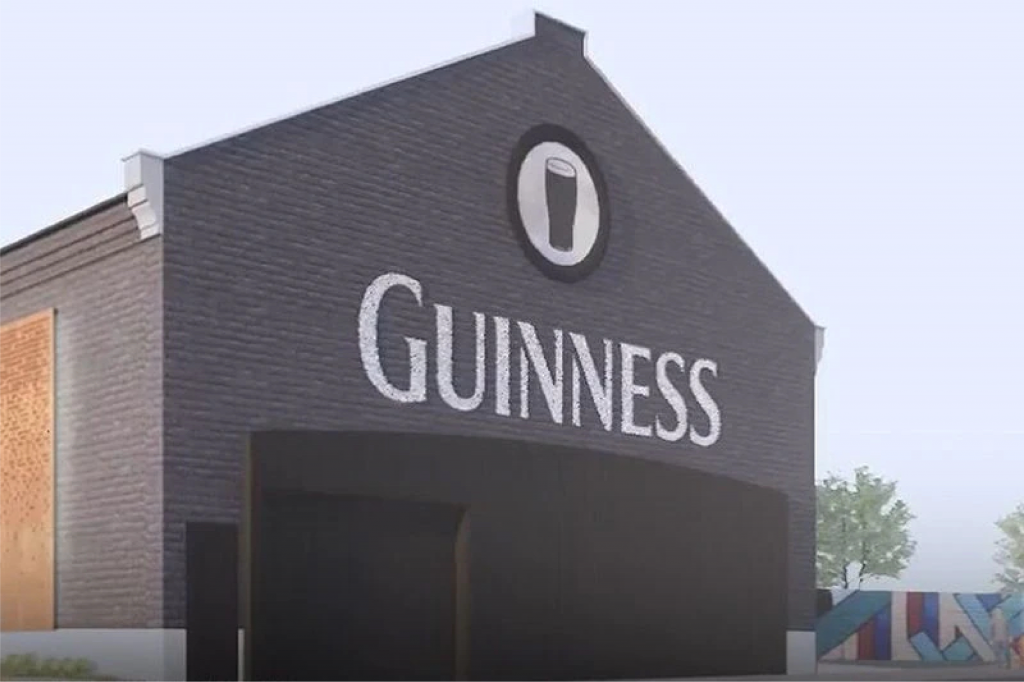 The new 15,000-square-foot space will have a 10-barrel brewing system and hopes to brew a variety of ales to serve the adjoining taproom which will serve food developed in collaboration with local chefs, but with an Irish twist. Guinness representatives picked Chicago as their next logical choice for a location as it is their second largest market in the U.S. This coupled with the continued growth of popularity of the dark beer across the city, approximately 12 percent since the pandemic began stateside in 2020, made it the right time to commit to an expansion.

The building’s current exterior is adorned with a large mural by famed street artist Solomon Souza on its east facade, joined by a variety of other murals around its perimeter that attract tourists and locals alike for photo ops in the once industrial neighborhood. These will be removed and the building will be re-finished and remodeled in a dark color with brick and black wood accents, topped with a medallion with the famed golden harp logo. Although extensive plans of its interior have not been revealed, it is expected to keep its industrial style with exposed brick, large factory windows, and exposed steel roof structure. 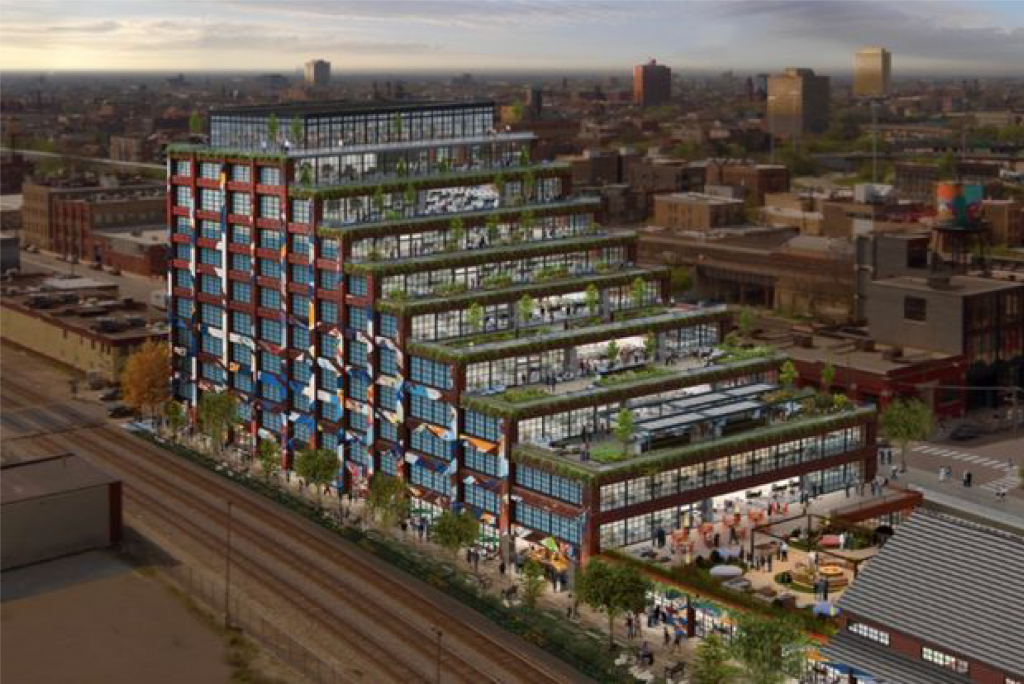 Developer Fred Latsko originally planned a mid-rise stepped office building for the remaining vacant area of the lot west of the upcoming taproom, plans were then updated to a 33-story office tower according to documents recently submitted to the alderman. However, since then Latsko clarified that due to the waning office market he has decided to instead pursue a residential tower on the site containing around 400 residential units. Although details are unknown for the adjoining project, the city has reached out and asked him to meet with the new Committee on Design to help develop the structure.

The brewery will be in good company as construction of the nearby 11-story 345 N Morgan Street broke ground and announced a potential anchor tenant is being finalized. Various other developments have either recently finished or broken ground bringing a variety of residential and office space within a walking distance. Visitors to the taproom can reach the space on CTA Bus Route 65, or the CTA Green Line at Morgan station, both a six-minute walk away. Guinness hopes to open its doors in Chicago by St. Patrick’s Day in 2023.