Work on the three buildings, designed by co-development partner PIRHL Developers, is expected to finish in 2024, according to the CHA.

A joint venture between the CHA and Ohio-based affordable housing developer PIRHL, the plan calls for the construction of a new six-story building connecting the two 11-story towers of the Edith Spurlock senior apartments. The new structure, designed by Chicago’s Ratio Architects, will include a mix of affordable and market-rate rental units plus improved amenities for seniors, including communal living areas and fitness facilities.

All told, the plan will increase the total number of apartments from 394 to 485 with 50 units in the new building set aside for Lincoln Park families on the CHA waiting list. The project also creates new outdoor amenity spaces, landscaping, and a pair of off-street loading areas along Sheffield. The rear parking deck, accessed off the alleyway, will be expanded from 29 to 50 spaces and screened behind new green walls.

The CHA board of commissioners approved up to $16 million in funding for the Edith Spurlock redevelopment in July. “This unique project demonstrates how CHA remains committed to its current residents as well as to finding new ways to create more opportunities for Chicago families who need affordable housing,” said CHA CEO Eugene E. Jones, Jr. in an earlier statement. 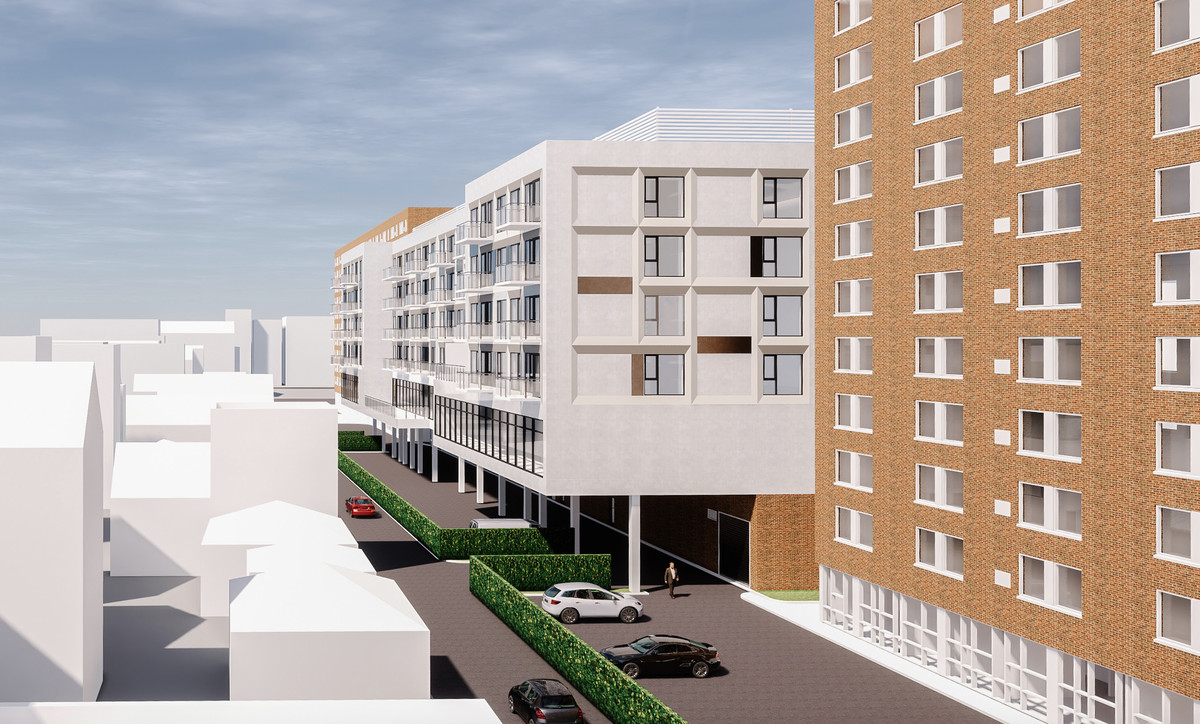 A rendering of the rear of the project showing expanded parking screened behind new fencing. Ratio Architects, courtesy 43rd Ward