RIP, Justin’s bar & Grill. What former bar do you miss most on Southport Avenue? 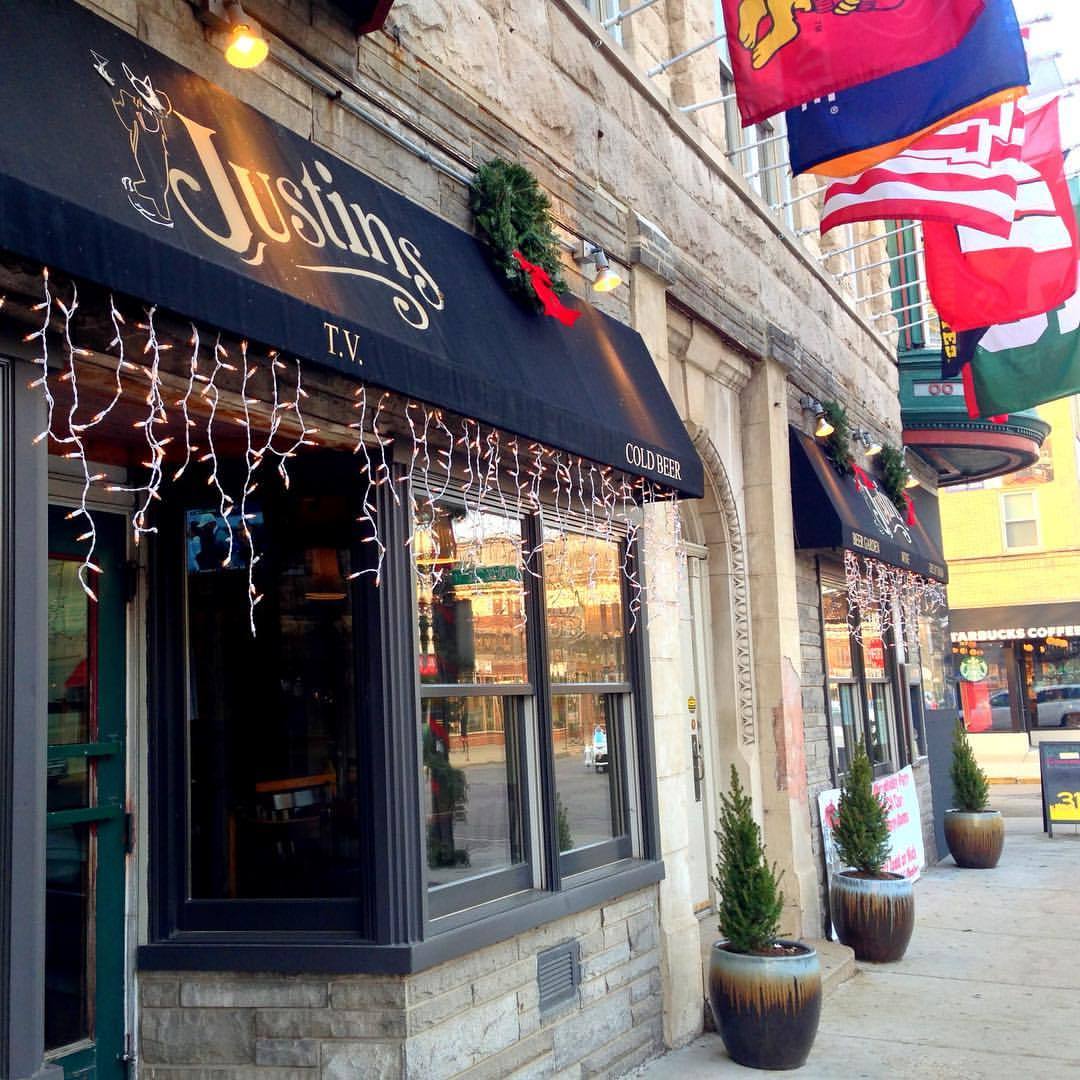 #TBT 🍻 (at Tuco and Blondie)
https://www.instagram.com/p/BtlRxtInnTz/?utm_source=ig_tumblr_share&igshid=1k0sxpbpfk5lo

Construction has now started in the building behind Crosby’s Kitchen, and 4-Star is looking to open an adult restaurant and full bar with French and Italian cuisine in early 2017.

END_OF_DOCUMENT_TOKEN_TO_BE_REPLACED

4-Star’s new restaurant name at the former Justin’s Bar and Grill location at 3358 N. Southport will be named Tuco & Blondie.

4 Star Restaurant Group today revealed the name and design details for their tenth Chicago restaurant opening this September in Lakeview (3358 N Southport Ave).  Introducing Tuco & Blondie, an American spin on Mexican cuisine (http://www.tucoandblondie.com/).  With branding and design development headed by Chicago-based Grip, and culinary operations led by Corporate Executive Chef Todd Stein, the full service cantina concept is destined to be a “Mexican-style, fajitas-eatin’, margarita-drinkin’, good time in the heart of Southport.”  Like other 4 Star restaurants, Tuco & Blondie is designed as a neighborhood gathering place, serving food hot for brunch, lunch and into the night, with sides and sips for sidekicks.
“If you’re hungry, chow down. If you’re thirsty, drink up. We’ll have room for all,” said 4 Star Restaurant Group partner Josh Rutherford.   “From a walk up indoor patio for grub with a view to a lively outdoor back patio scene, it’s bound to be a good time!”
With 3,000 square feet of inside space and 3,000 square feet outside, the 250-seat Tuco & Blondie will invoke a multi-faceted, fun atmosphere where families or groups of friends can linger and laugh over drinks and a meal cooked in Chef Stein’s scratch kitchen.  Drawing inspiration from its naming origin (Clint Eastwood’s landmark film, The Good, The Bad and The Ugly), Tuco & Blondie aspires to be an original classic – where neighbors return for another take time and time again.

“Rooted in the warm tones of the Southwest, our design approach reflects the joy of a raucous family meal where the ‘family’ is extended and the cuisine is extensive,” said Grip partner Kevin McConkey.

Grip’s brand aesthetic is evident in all facets of the interior design direction.  The layout calls for a “dinner in the front, party in the back” setting.    Once inside, guests will be greeted with exposed brick walls, an inviting bar and pops of color throughout.  Outside, patrons will enjoy a picturesque bodega, brick fireplace, engaging courtyard and other fun aspects that will keep them coming back.
Chef’s Stein’s interpretation of Mexican food will feature unique spins on Mexican-American dishes.  Menu highlights planned range from signature fajitas to what Chef Stein swears will be the “best chicken salad you will ever eat (to be named later)!”  Hand-crafted cocktails inspired by The Good, The Bad and The Ugly, including The Man with No Name, Angel Eyes, and the One-Armed Bounty Hunter, will play second fiddle to an extensive margarita menu featuring a variety of distinctive options, from the Cadillac (top shelf) to the classic Strawberry, frozen or on the rocks.
ABOUT 4 STAR RESTAURANT GROUP:
4 Star Restaurant Group focuses on creating experiences. Fresh, made-from-scratch dishes concepted by Chef Todd Stein serve neighborhood families and friends in comfortable environments.  Founded by Doug Dunlay, Michael Dunlay, Derek Rettell and Josh Rutherford in 2003, 4 Star Restaurant Group has ten entities with more on the horizon.
ABOUT CHEF TODD STEIN:
Todd Stein is the Corporate Executive Chef at 4 Star Restaurant Group. He currently heads all 10 restaurants. Stein started out his career studying under two chefs, Keith Korn of Chicago’s Gordon Restaurant and Eric Ripert at Le Bernardin. After spending some time in France at Moulin de la Vierge, Stein built a name for himself at a multitude of critically acclaimed restaurants throughout the country. Formerly the Executive Chef at Concentrics Hospitality, Stein moved back to Chicago and immediately immersed himself in 4 Star.

END_OF_DOCUMENT_TOKEN_TO_BE_REPLACED

Major construction is underway at the former Justin’s Bar and Grill site.  4-Star Restaurant Group’s new Tex-Mex concept construction is underway, with full and open windows in the front and side. Enhancements include expanding the space into the patio area and a complete gut of all three floors. Scroll down to see the rendering from the original lease brochure.

END_OF_DOCUMENT_TOKEN_TO_BE_REPLACED 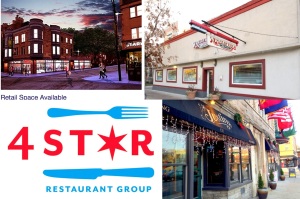 4-Star Restaurant Group, parent company of Crosby’s Kitchen, Smoke Daddy, Frasca’s Pizzeria and D.O.C. Wine Bar (and others) is expanding in Chicago’s Southport Corridor, and here is the latest update:

Timings are all dependent on the permit processing from the City of Chicago for both restaurants (Justin\’s former space is currently undergoing the permitting process). More information can be found here from DNA Info Chicago.

Good news for former Justin’s beer garden fans.  4-Star will be keeping the outdoor area in their upcoming new restaurant at 3358 N. Southport Avenue, but it will be smaller due to construction needed to expand the kitchen.

We have also heard that they will be improving it greatly, with fire pits to keep things going well into the cooler months. In addition as we mentioned before, Tex-Mex appears to be the new restaurant theme.

4-Star Restaurant Group, owners of Crosby’s Kitchen will be moving into their latest concept later this year, and rumors are that it will be a TexMex type of restaurant from the former owner of Justin’s himself.  Would you welcome this type of restaurant on Southport?

4-Star Restaurant Group, parent company of Crosby’s Kitchen, Smoke Daddy, Frasca’s Pizzeria and D.O.C. Wine Bar (and others) is expanding in Chicago’s Southport Corridor, and here is the scoop:

As we hear more from 4-Star, we will be sure to let you know.

Justin’s is now closed, but you can own a piece of history at auction on Tuesday, January 26, 2016. You can find more information on Bob King Auctions at this link with everything that is for sale. What Justin’s item can you not live without?

END_OF_DOCUMENT_TOKEN_TO_BE_REPLACED

Justin’s has officially closed as of January 3, 2015, their website is gone, and Newcastle Limited, owner of the building is re-leasing out the space,  4-Star restaurant group, owner’s of Crosby’s Kitchen will be taking over the location; timing is TBD for now.

END_OF_DOCUMENT_TOKEN_TO_BE_REPLACED

The rain has finally stopped long enough for us to get our annual photos of the Southport Corridor during summertime. Some of these view will look quite different next summer with the addition of SoulCycle and J. Crew coming, along with the proposed Southport TOD.

END_OF_DOCUMENT_TOKEN_TO_BE_REPLACED

Snoopy catching holiday feels 🎅🏻🎄📷 • @gutesbild101
Heeee’s back 🧝 📷• @barstoolchicago Watch out for the yellow ones Buddy (via @grantreiman)
Southport’s latest shop has popped up this holiday season, then permanently this spring! Details in the bio.
Happy Southport Stroll! 🎄🎅🏻🎉
Advertisements