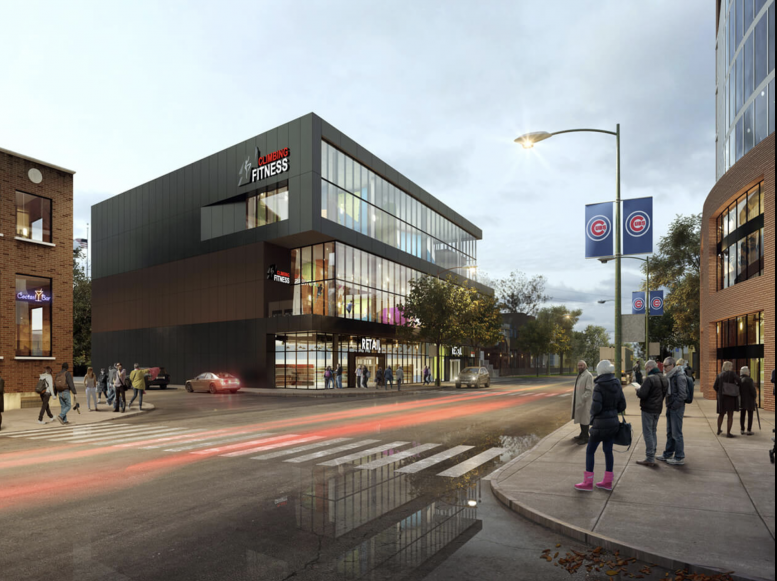 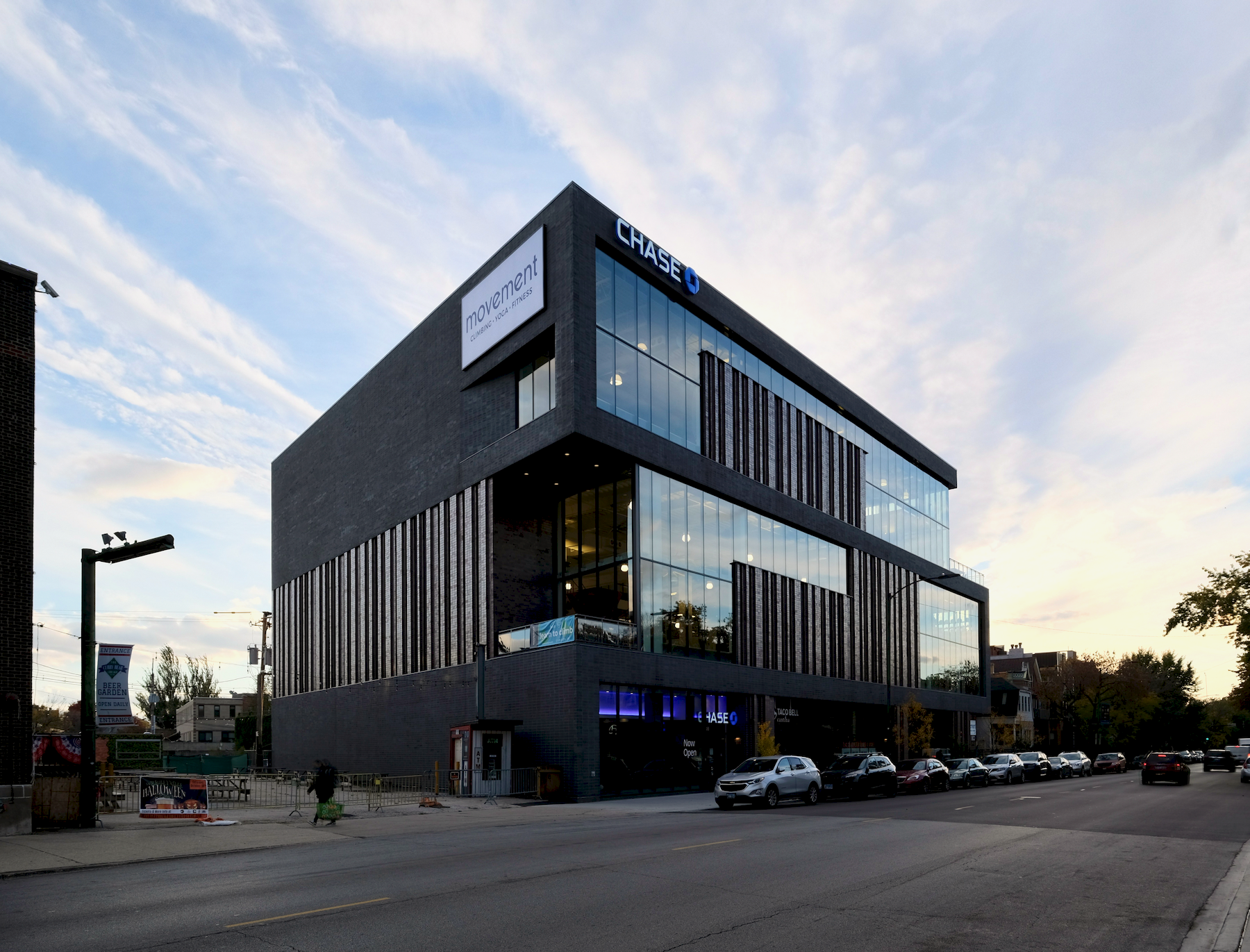 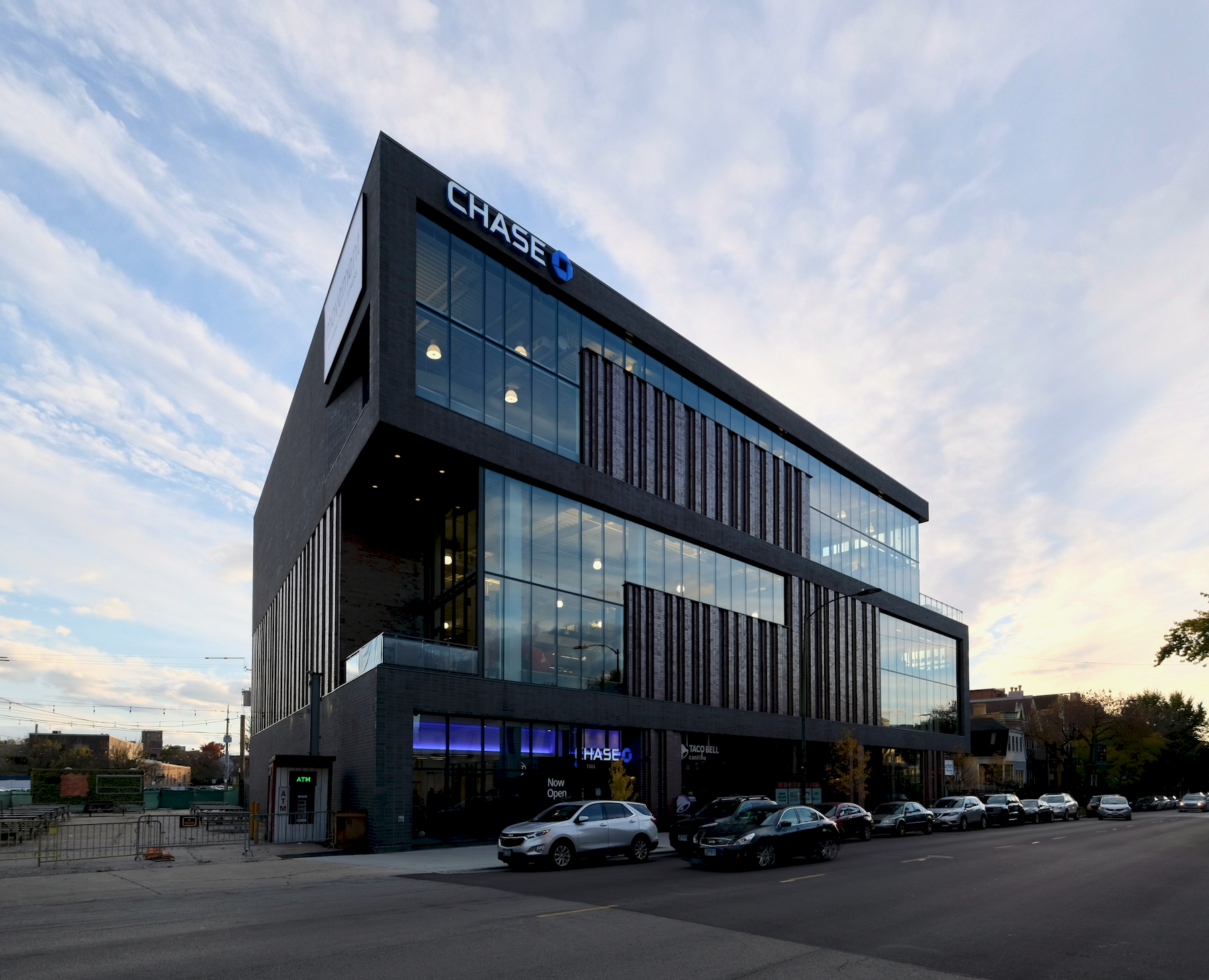 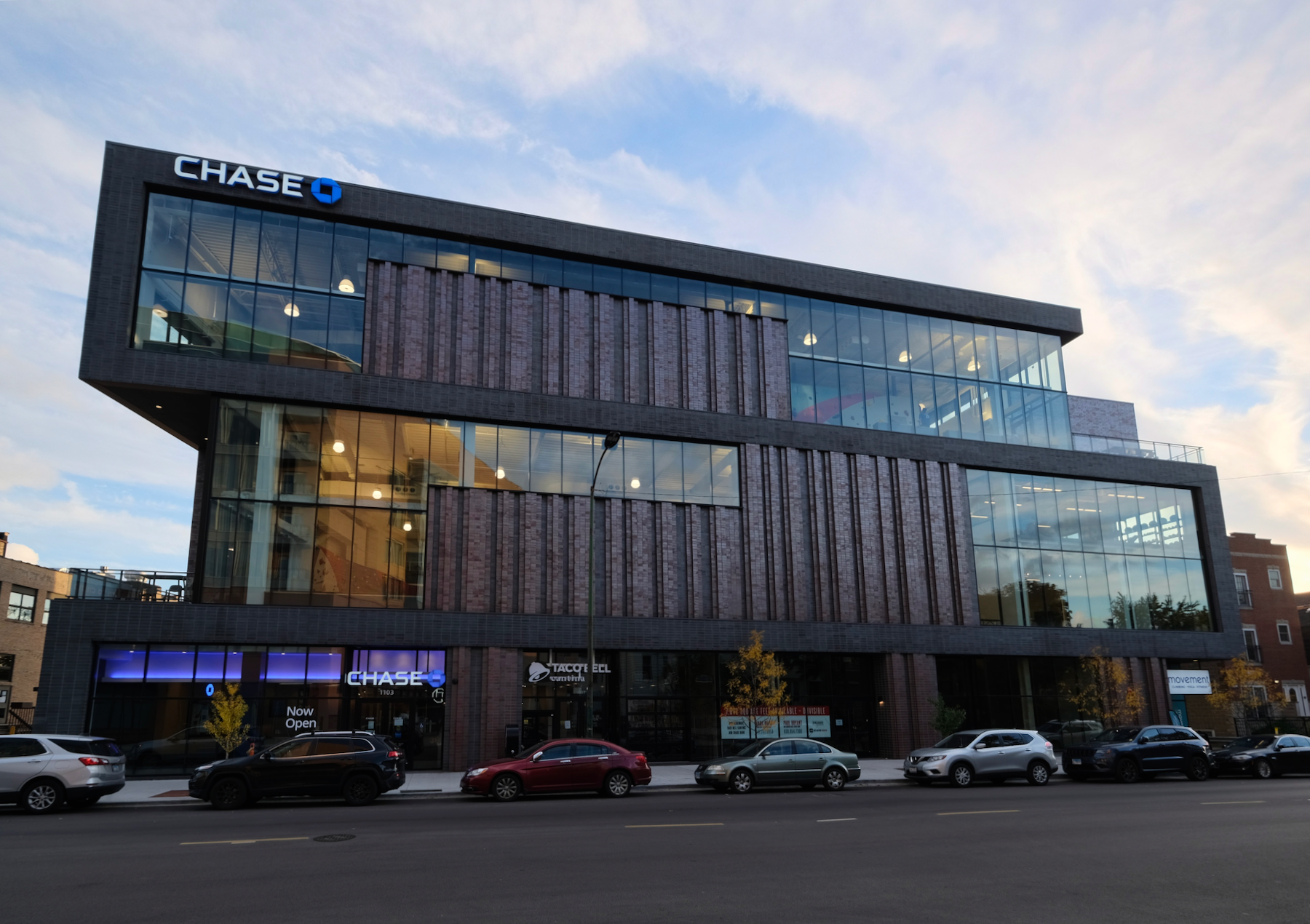 Currently, two of the retail spaces comprise of a Chase Bank and a Taco Bell Cantina. It is currently unclear which tenant or tenants will occupy the remaining 8,000 square feet of available space. 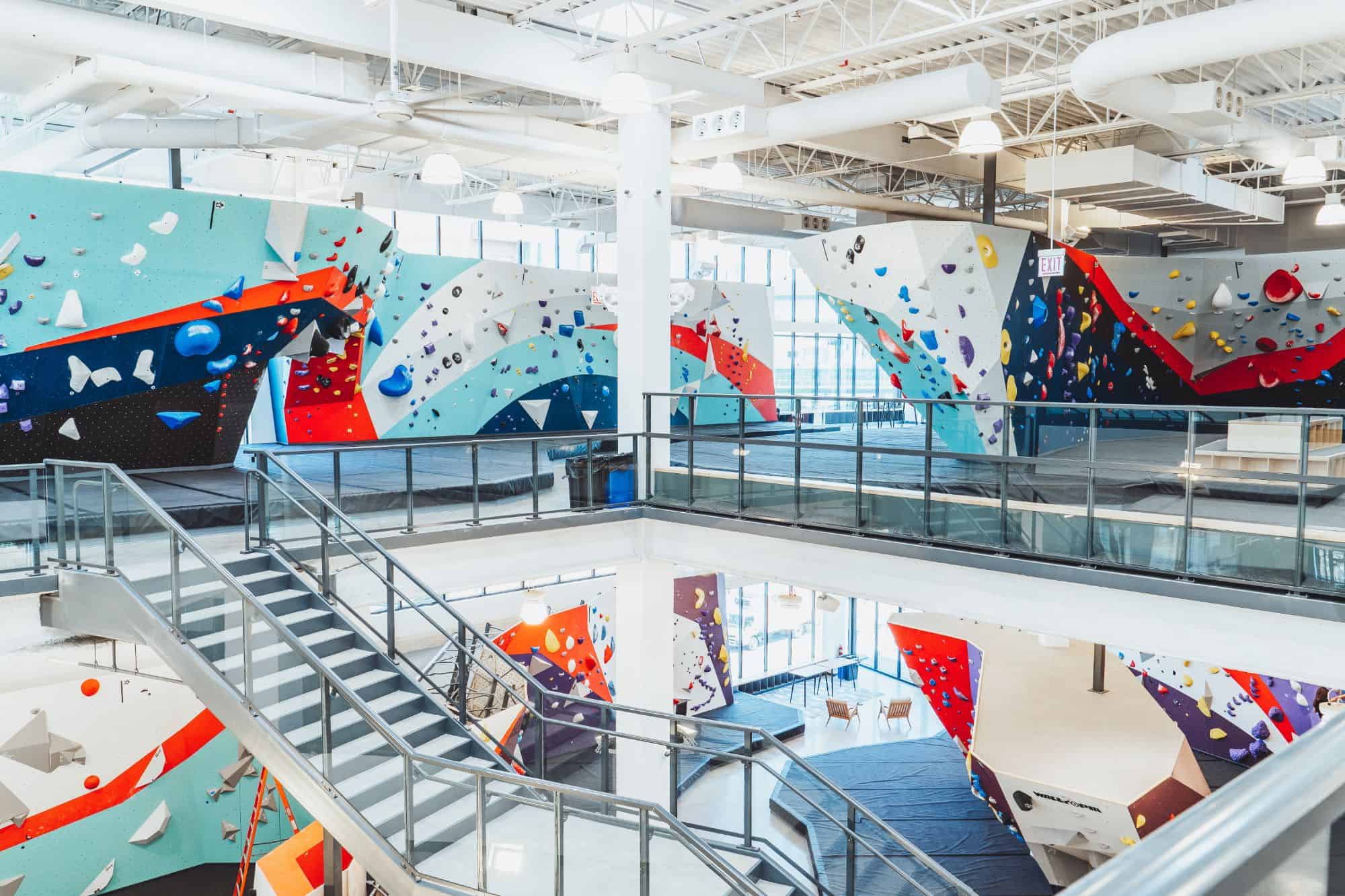 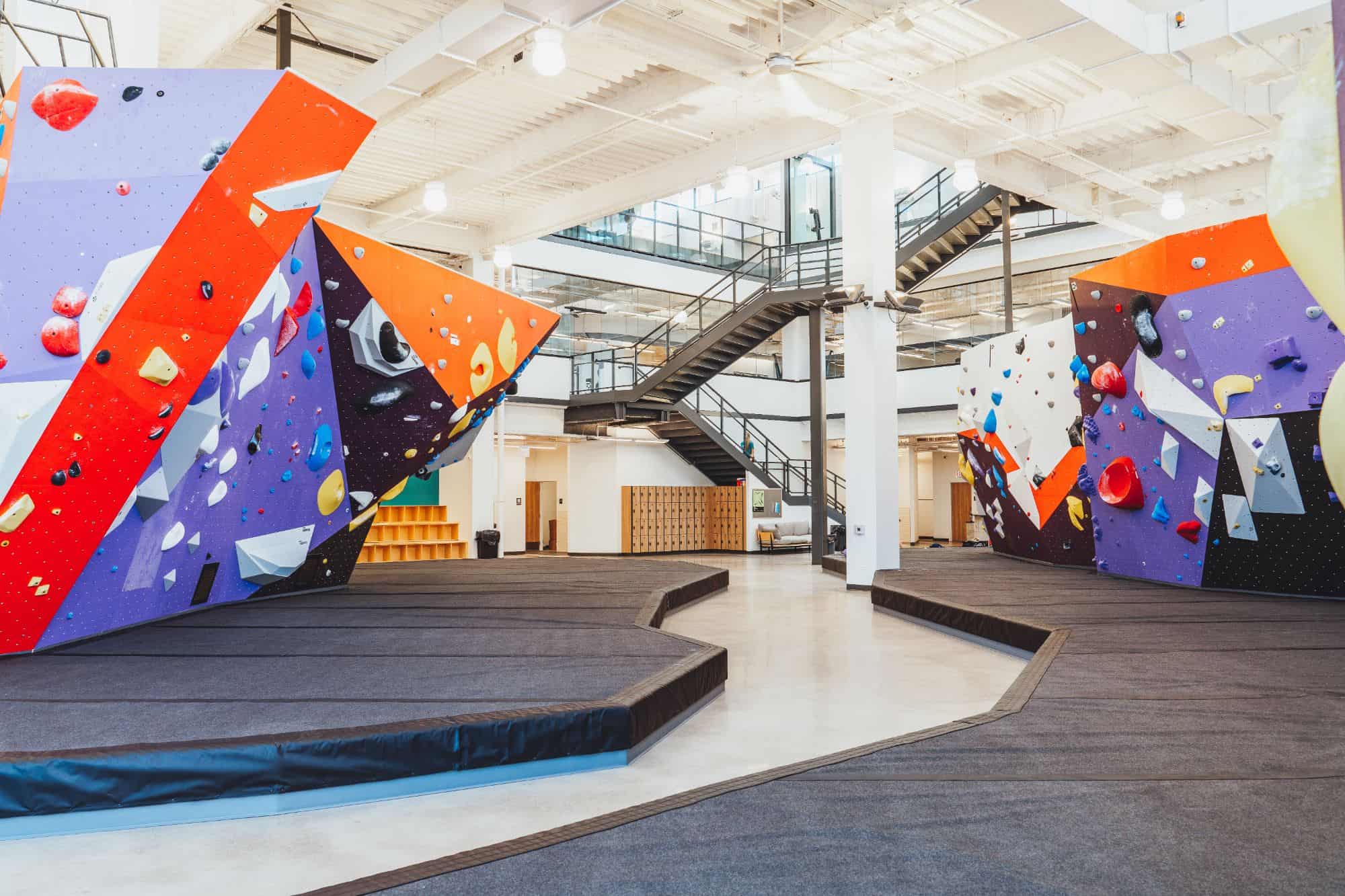 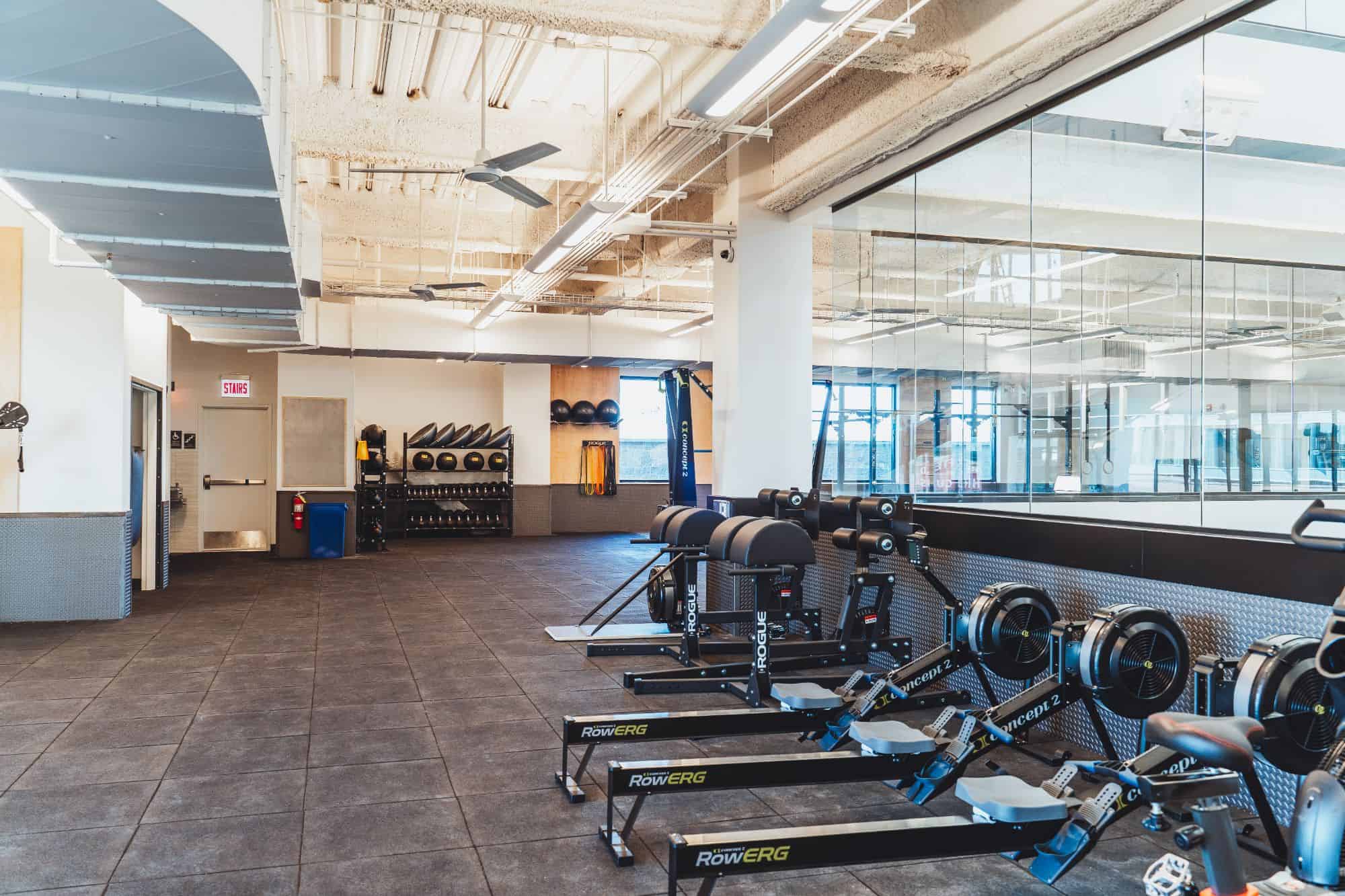 While previous plans indicated that Planet Granite would be the tenant for the gym portion, current signage indicates Movement Wrigleyville is the occupant. This space includes a total of six climbing walls, a yoga studio, locker rooms, and office space for gym staff. The gym also comes with terrace space facing out along Addison. 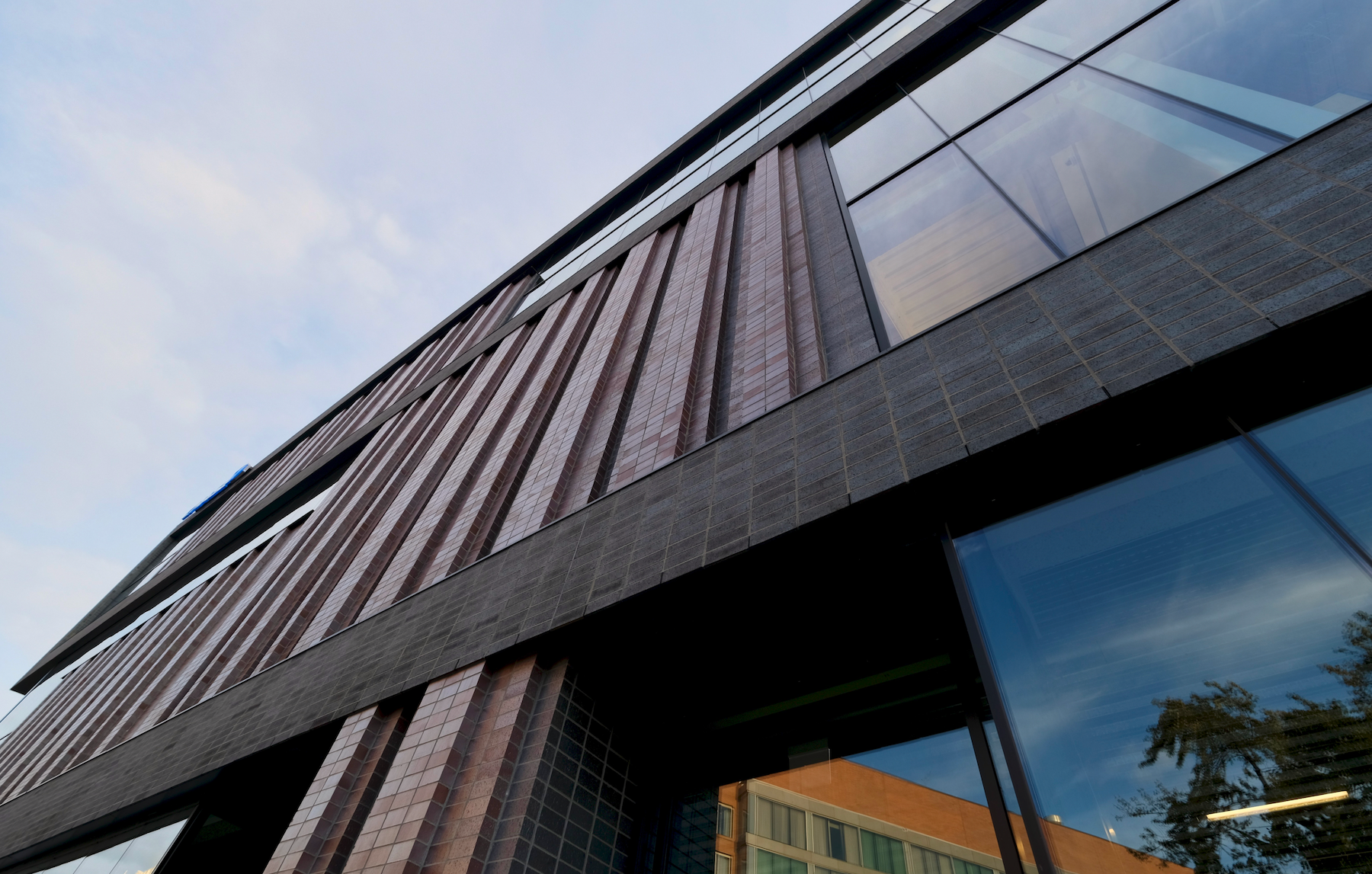 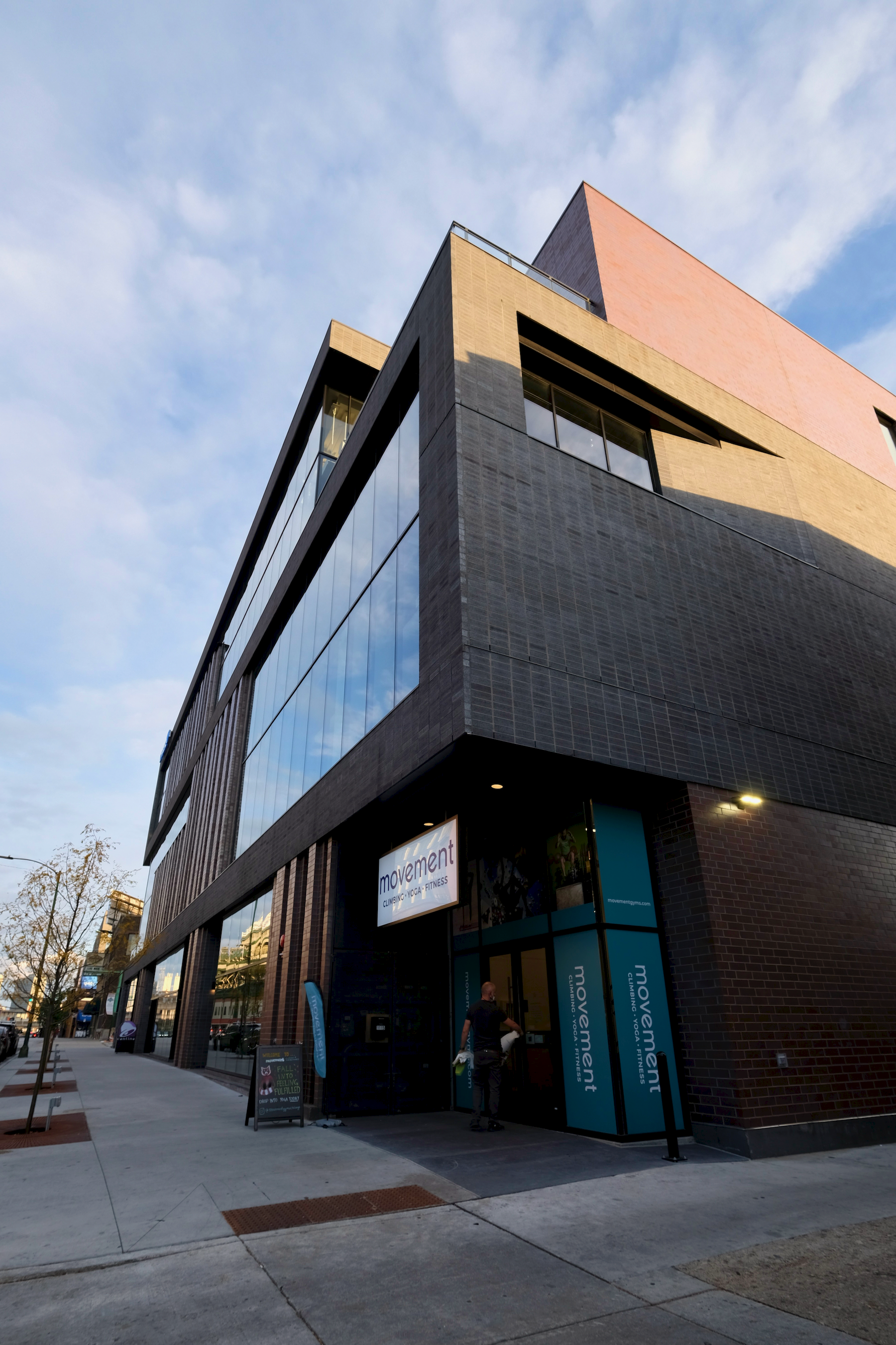 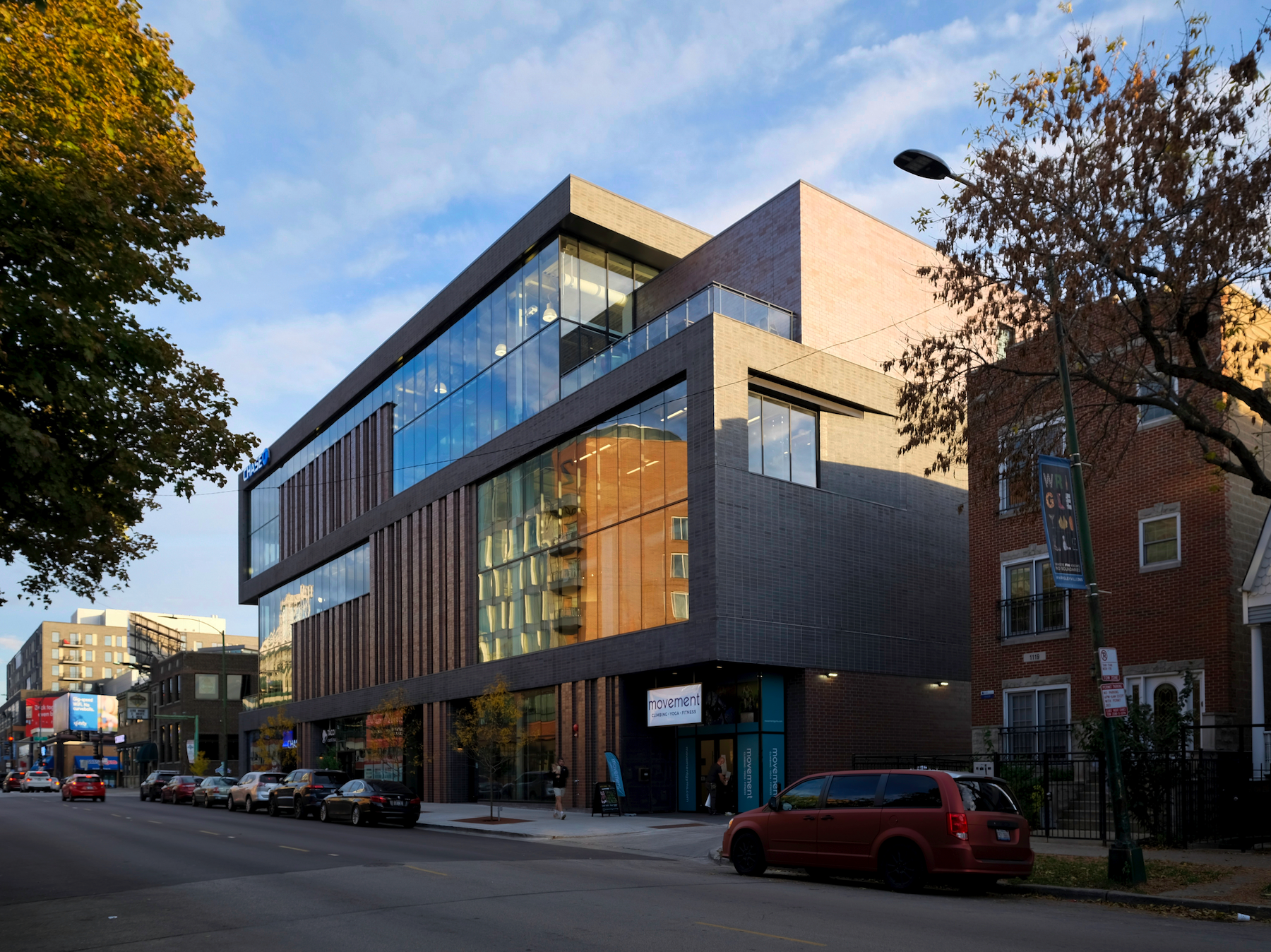 Chicago-based Hirsch MPG designed the 70-foot edifice, which utilizes a “folded-plane” geometry to create the aforementioned terrace spaces while delineating the facade materials. The facade is made up of Vision glazing and precast concrete panels, which are clad in various textures and hues of brick. 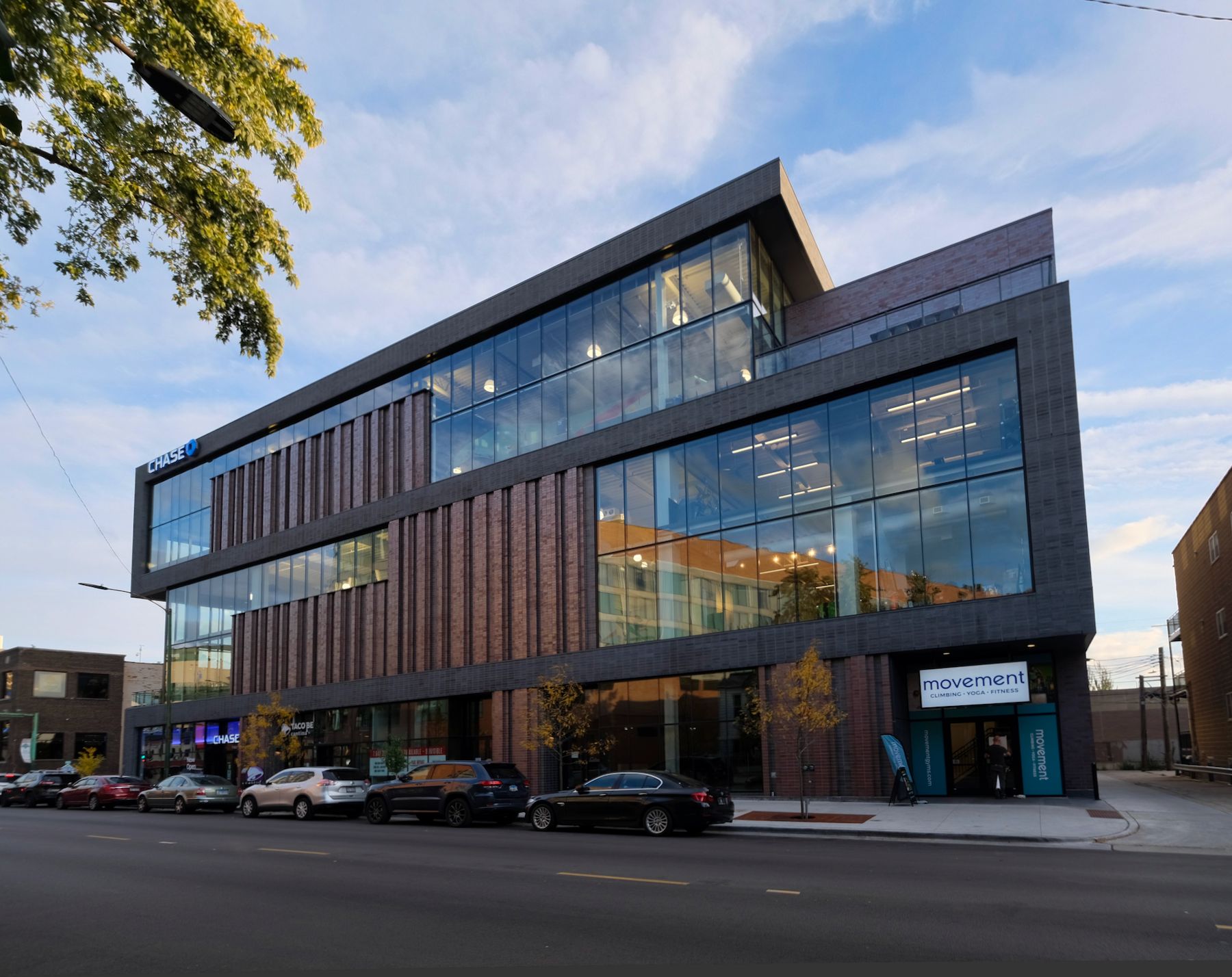 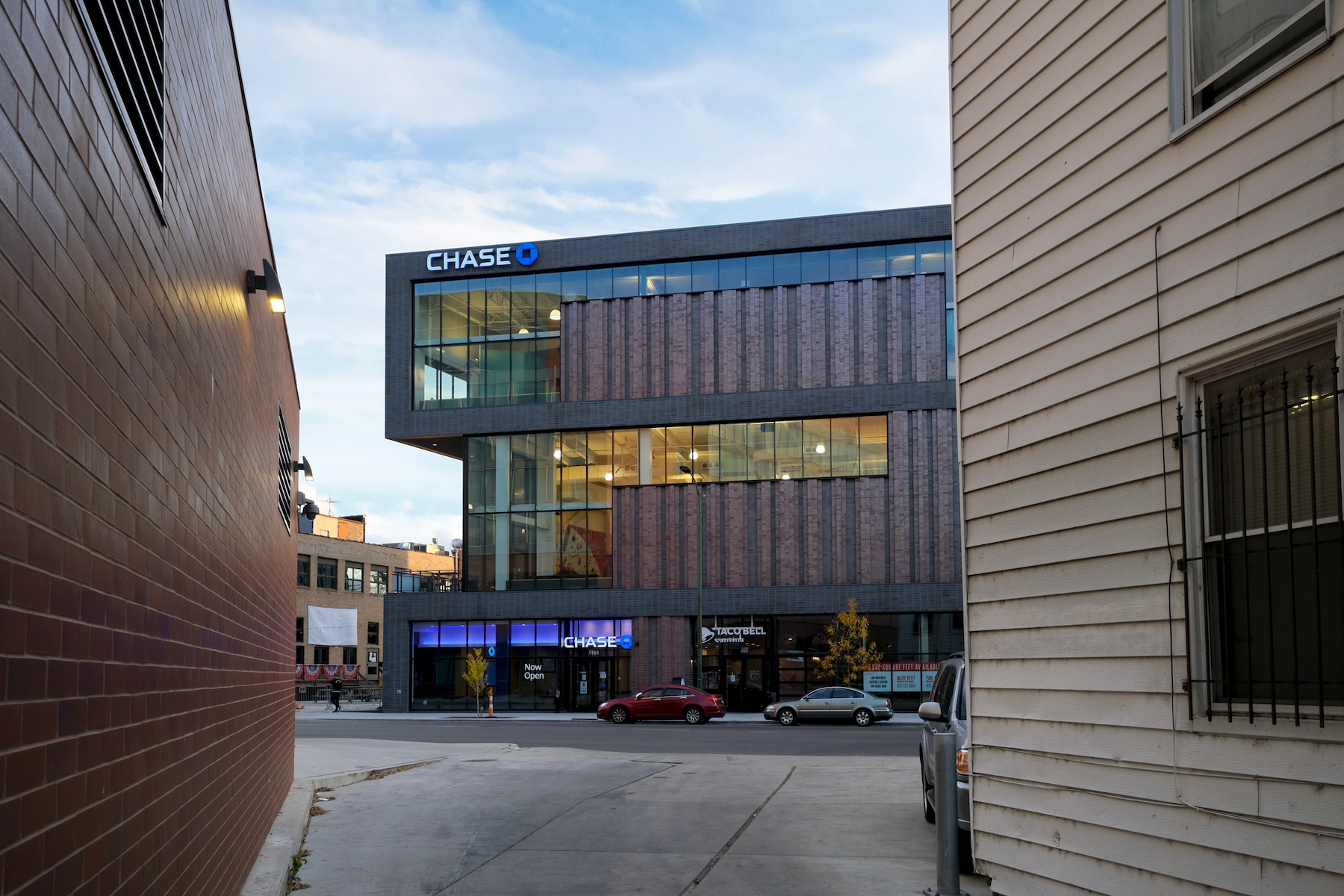 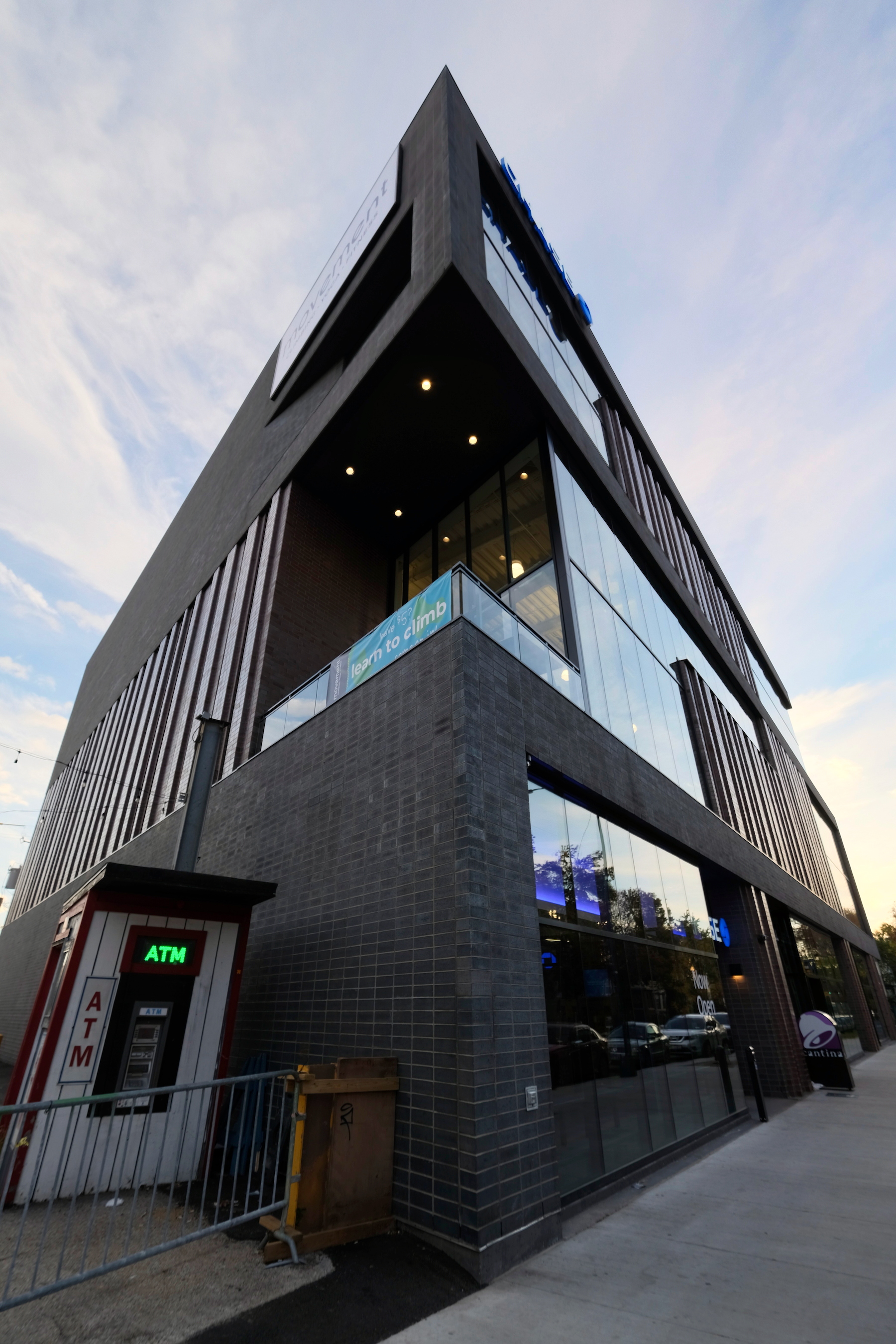 No parking spaces are provided, though the property does come with 16 bike parking spaces amidst a range of public transit options. Tenants and patrons can find access to bus Routes 22 and 152 just paces east via the intersection of Clark & Addison. Those wishing to board the CTA L can find nearby Red Line service via Addison station, a four-minute walk east. Closest Purple and Brown Line trains are available at Belmont station, a 13-minute walk southeast. 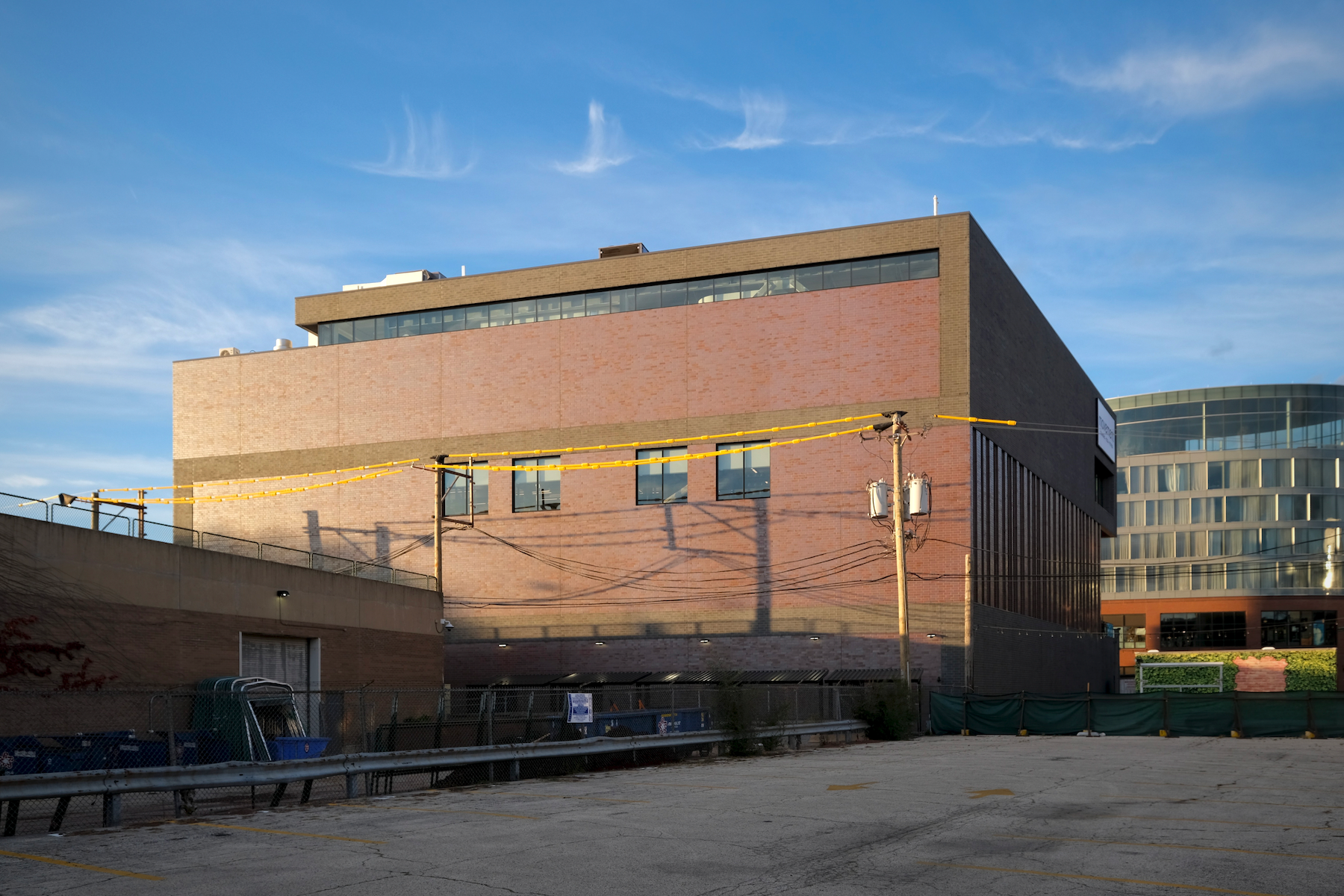 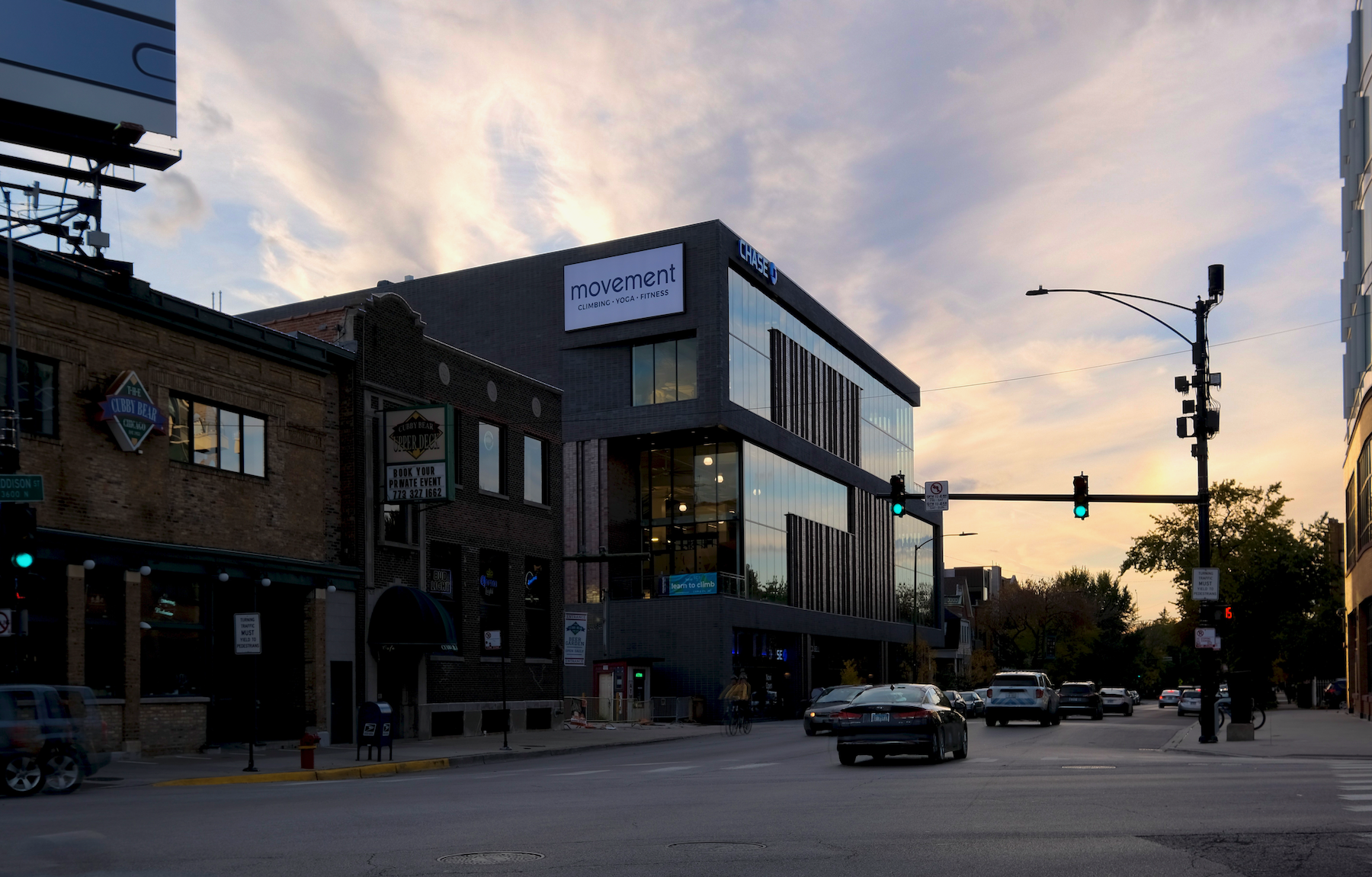 Summit Design + Build served as general contractor for the reportedly $13.5 million undertaking, according to construction permits. As of now, both the gym and Chase Bank have opened, while the Taco Bell’s opening is imminent. It is unclear which tenant or tenants will occupy the remaining half of the retail or when.”

One thought on “A look around the new development – 1111 W. Addison Street”