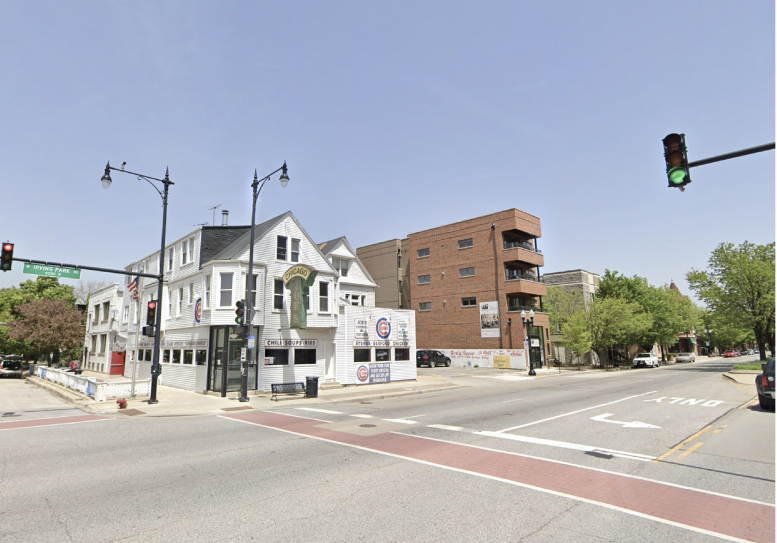 “The Committee on Zoning has approved rezoning for a new mixed-use development at 2256 W. Irving Park Road.

Developer Landrosh Holdings LLC has tapped designers Sullivan Goulette Wilson Architecture, also responsible for the nearly completed CA6 Condos in the West Loop, for the new proposal which will replace an existing building which once housed Chicago Joes and its parking lot on the corner of W. Irving Park Road and N. Oakley Avenue. 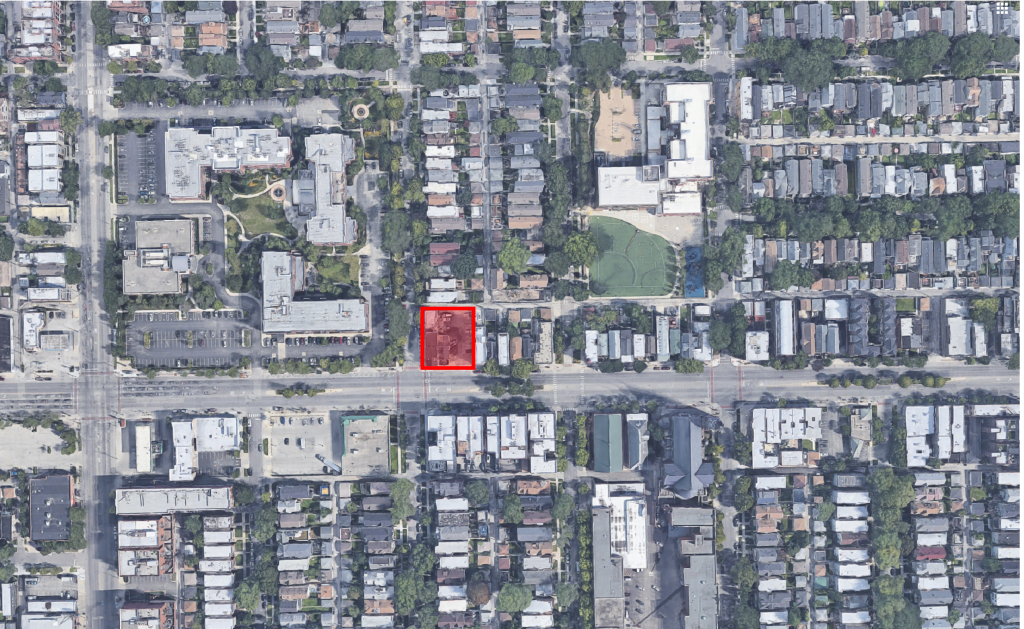 Updated plans for the new 61-foot-tall, five-story building have been provided with the approval, and feature an activated base that will bring a 2,860-square-foot retail space fronting Irving Park. Removing the originally planned live-work units on the ground floor, the updated plan will now also feature a small residential lobby with a 422-square-foot gym and 42 bicycle parking spaces. The Transit Oriented Development (TOD) will also have 19 on-site indoor vehicle parking spaces, a reduction of nearly half from the normally required ratio due to its proximity to the Western Avenue CTA bus line. 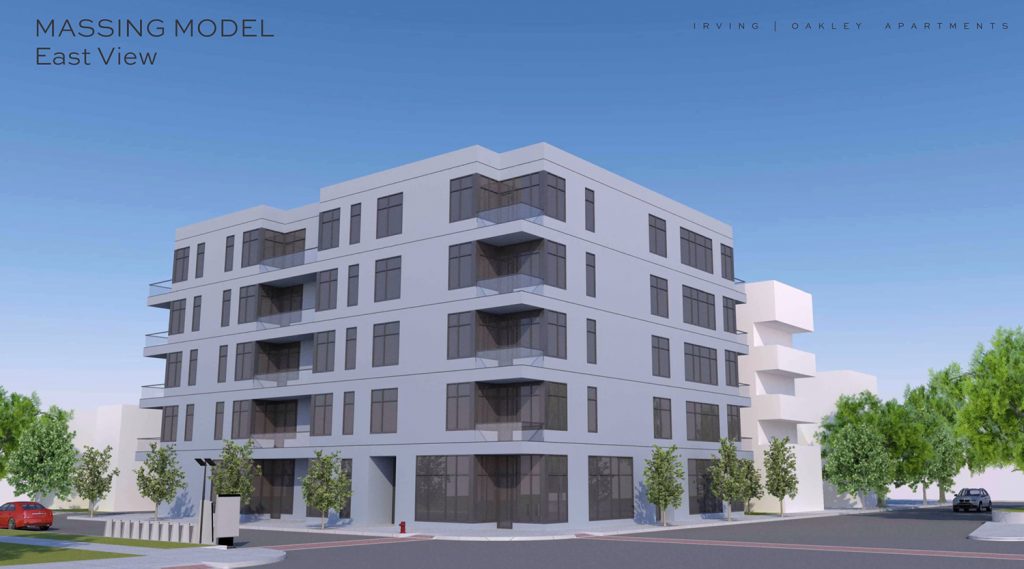 Floors two through five will contain 39 residential units which will be split into 460- to 532-square-foot studios, 646- to 798-square-foot one-bedrooms, and 959- to 1,019-square-foot two-bedroom apartments. Most units with the exception of some studios will have private balconies placed on the east and west sides of the structure, select second-floor units will have direct access to a rooftop terrace formed by a setback. All residents will be able to enjoy a fifth-floor lounge and outdoor terrace on the north side of the building. 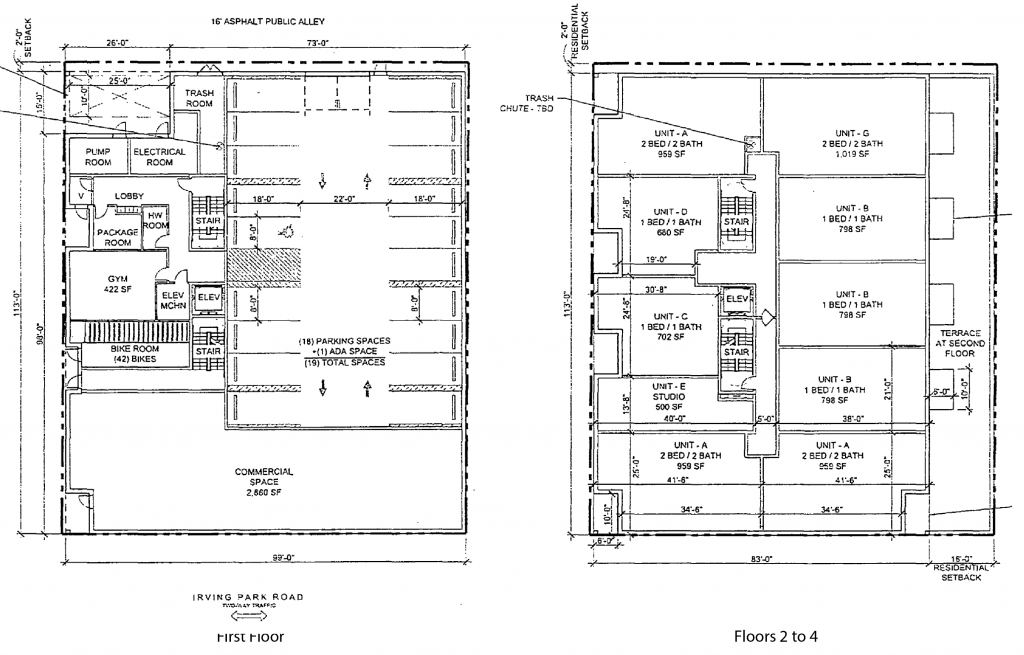 While the amount of affordable units has not been disclosed, they will be on site, but based on city code we can expect 20 percent of the units to be affordable. Other site elements include an enlarged curb but for a loading berth and existing alley on the north side of the site and eight new trees in planters on the main roads. The 45,779-square-foot project will need further city approval before moving forward and demolishing the existing building.”